The debate about opening schools in the fall is heating up, and sadly, it has already become a partisan issue. Liberals have taken the stance that it is not safe to re-open schools, while blasting conservatives who seem to really want schools to reopen.

Whatever side you’re on in this conversation, if schools do re-open, kids will be subjected to an insane regiment of new distancing and safety measures. In fact, it won’t look like school much at all, but more like a behavioral re-education camp.

Fullerton School District near Anaheim California recently produced a promotional video for parents, demonstrating what the ‘new normal’ will look like for school kids. And while this is, of course, just one school district, still images from the production offer a fair glimpse of what it would take to reopen schools during a pandemic. Not surprisingly, many parents are having a hard time with this, and comments to these images on FB give you a solid idea of how uncomfortable all of this makes many people.

“This will take half of the school day.”

“Just rediculous. It will take hours to get to school.”

Some parents applaud the measures in the name of safety, but you can’t argue that measures like these will be insanely difficult to enforce while also completely removing the social aspect, the fun part, of school. If you have children, you already know how difficult this year has been on them. They’ve been subjected to a form of solitary confinement, and sending them to a medically regimented school will only add to the trauma.

“While the situation is slowly changing, the underlying psychology of ‘obedience to the rules’ is not.

This obedience has been taken to a new low as many schools and kindergartens have tried to apply the social distancing regulation to young school children. This has taken the form of chalking out two metre spaced apart circles or squares on the classroom and playground floor and ordering children to stay in them.

Young children have been told to sit or stand alone in what amount to individually tailored exclusion zones and psychological prisons. Children, medical advisers say, who are not even at any risk from what is called CV-19.” ~Julian Rose Not sure what that imaging device is, but new rules and regulations will require frequent temperature checks, and continuous collection of data on each student. Most people forget just how malleable human beings are. We’re really just moldable little automatons, and subjecting children to this type of rigorous behavior control and monitoring will have lasting effects on the psyche of a whole generation of kids. The worst part is that it conditions them to be obedient and uncritical. They are learning to follow patterns and signs and orders all day long.

I gotta go to the bathroom: 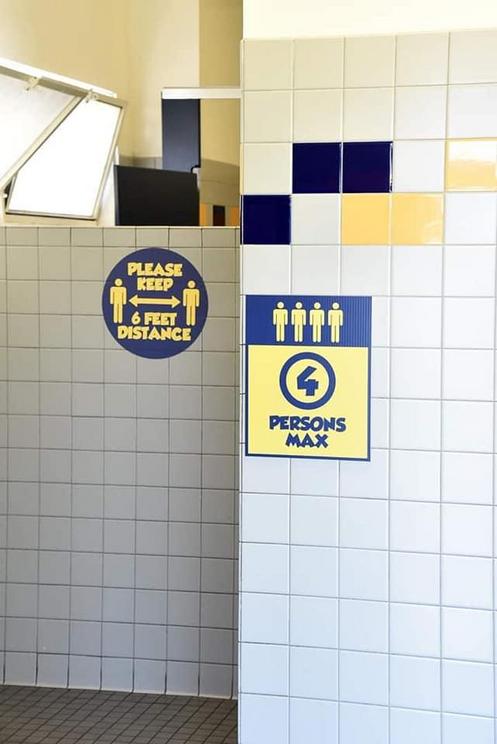 Whatever your take on this situation, whether you believe the virus is dangerous enough to warrant this kind of behavioral management of the individual or not, demanding this level of obedience from children unnatural and psychologically dangerous.

Vic Bishop is a staff writer for WakingTimes.com and OffgridOutpost.com Survival Tips blog. He is an observer of people, animals, nature, and he loves to ponder the connection and relationship between them all. A believer in always striving to becoming self-sufficient and free from the matrix.