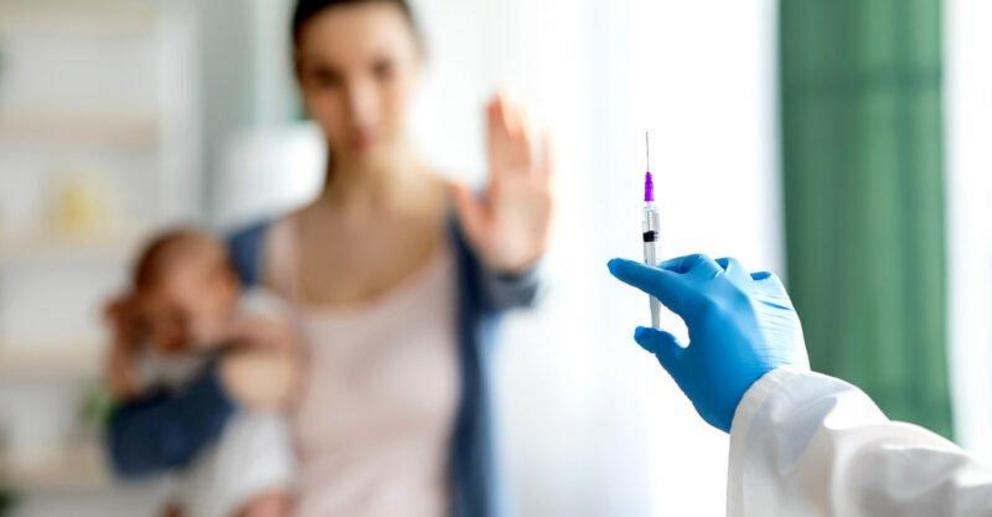 COVID-19 shots for babies and young children were granted Emergency Use Authorization last week, but this week’s low turnout at vaccine centers in New York City and around the country shows parents are not convinced their kids need the vaccine.

The response to the rollout of COVID-19 vaccines for babies and young children has been tepid, said political commentator Kim Iversen of The Hill’s “Rising” on Thursday.

In a June 17 news release, FDA Commissioner Dr. Robert M. Califf said, “Many parents, caregivers and clinicians have been waiting for a vaccine for younger children and this action will help protect those down to 6 months of age.”

But maybe not, said Iversen.

“There’s a problem,” Iversen said. “Parents don’t seem to want it. News outlets across the country have been reporting about low turnout and empty centers.”

While this might be expected in certain parts of the country, such as red states and especially Florida — where Gov. Ron DeSantis did not order any shots for this age group — “this was even happening in New York City at a high-profile center set up in Times Square,” Iversen said:

“The city’s health commissioner came out with cameras, hoping to greet long lines of relieved, grateful parents but instead saw the opposite: no lines and empty chairs.”

“Turns out parents are not convinced their tots need the shots after all.”

New York City ordered 20,000 doses of COVID-19 vaccine for children, according to Gothamist, and expected more batches to come. The outlet reported those parents who brought their children to city vaccine centers on Wednesday were grateful, but that turnout was low.

The media showed up. Eric Adams showed up. Vasan showed up. But where we’re all the desperate toddler parents?

They didn’t show up — forcing @nytimes @CBSNews and Eric Adams to all use the same kid for their silly photo op. pic.twitter.com/vJThZGFW1n

“It could be that parents don’t feel the urgent need when seroprevalence data shows over 70% of kids 4 and under have caught and recovered from COVID — many of them without any symptoms at all,” Iversen said.

Moderna trials found “it’s [a] 50-50 [chance] or less that if you get your kid vaccinated the vaccine will prevent symptoms, and those results came with very low confidence,” Iversen said.

Add to that the Pfizer data showing uncertainty about whether the vaccine prevents hospitalization and death — and the possibility of adverse events — and it’s no wonder parents aren’t “lining up in droves” to have their children jabbed, she said.

What she called “frightening chatter” about mandating the vaccines for schoolchildren has started to surface, Iversen said.

“Some doctors and worried parents are concerned about the low vaccine uptake for toddlers and children under 12 and are now advocating for the government to mandate COVID vaccines.”

“They specifically want to make it impossible for kids to attend school or preschool without having gotten the jab,” she said.

While so far it’s just a small few calling for this, “we know how quickly these seemingly fringe ideas can grow,” Iversen said.

She offered as an example this tweet from a doctor: An education official in California, the first state in the U.S. to propose vaccine mandates for schoolchildren beginning in July 2023, called the authorization of COVID-19 shots for babies and toddlers “a game-changer.”