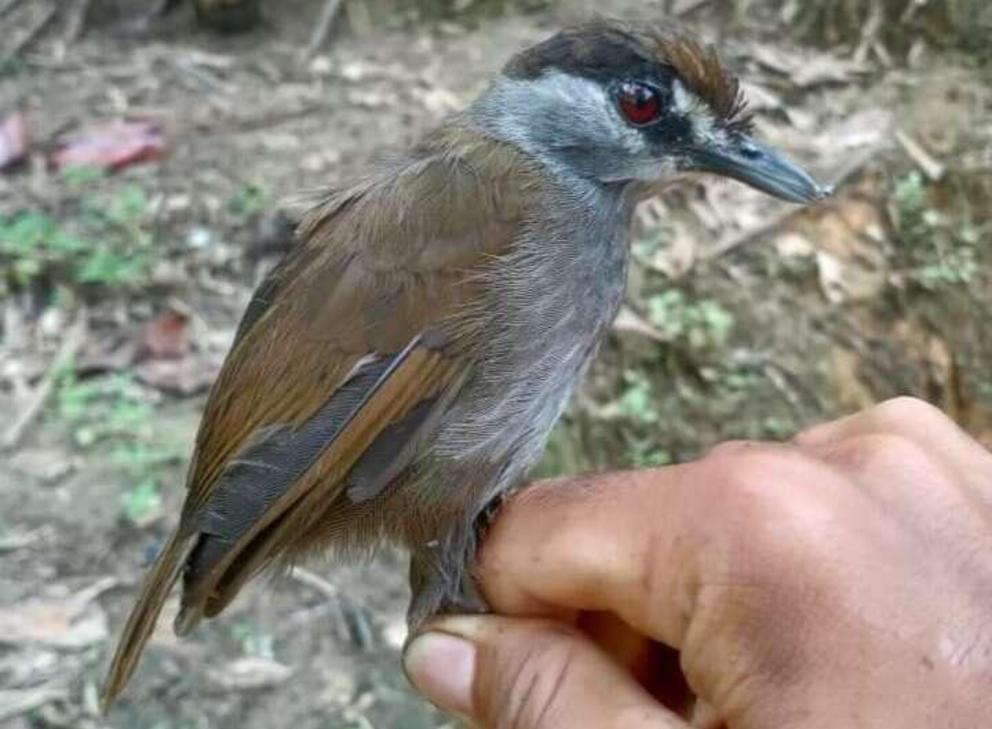 A team of researchers from Indonesia and Singapore has found evidence of the continued existence of a bird long thought extinct. In their paper published in the journal BirdingASIA, the team describes the history of the bird, why it was thought to be extinct and how it was found in Borneo.

Back sometime between 1843 and 1848 a bird now called the black-browed babbler was captured by naturalist Carl A.L.M. Schwaner. Records of the find are sketchy, but it appeared the bird had been captured on the island of Java. That finding was the one and only piece of evidence of the bird's existence—it is currently labeled as "data deficient" in ornithology texts. The bird was put into storage, and for the next 170 years, there were no further reports of its existence. Over time, the bird and its history became known as "the biggest enigma in Indonesian ornithology." Most in the field assumed it had gone extinct. Then, last year, a pair of researchers, Muhammad Rizky Fauzan and Muhammad Suranto captured a bird that they could not identify on the Indonesian part of the island of Borneo. They took pictures of it and sent them to colleagues, then released the bird.

As the team conducted research on the bird in the pictures, it soon became clear that its description matched that of the bird in storage in the Netherlands. A closer look confirmed that it was indeed the same species—a living black-browed babbler.

The bird was caught in Kalimantan, near the center of the island of Borneo, and its discovery proves the bird was only thought to be extinct because people were looking for it in the wrong place. Its existence also raises the question of how many of its species are living in Borneo, and whether it is at risk.

The researchers would very much like to travel to the region where the bird was found, but the pandemic has restricted travel to the island. They plan to conduct an excursion as soon as it is feasible. In the meantime, they will be making updates to ornithology texts, not only to delist the black-browed babbler as extinct, but to provide more details about its physical features.