Indian civilization applied advanced nanomaterials to their pots 2500 years ago

Researchers in India have made an amazing discovery. They have found evidence for the earliest known carbon nanotubes. These are tiny materials, known as ‘nanomaterials’, that have several applications. This discovery is helping researchers to better understand the sophistication and advanced technology of the ancient civilization in Tamil Nadu in southern India.

Researchers were working on potshards that were unearthed at the very important archaeological site of Keeladi, Tamil Nadu. This site, which is also known as Keezhadi, holds a treasure trove of artifacts - including a great deal of pottery which has been dated to the 6th century BC. It has offered proof that there was an advanced civilization in Tamil Nadu at a much earlier date than previously thought. At Ancient Origins , we reported that the “site had thrown up ‘many surprises,’” including possible links between the Indus Valley civilization and early societies in Tamil Nadu, but this remains controversial. 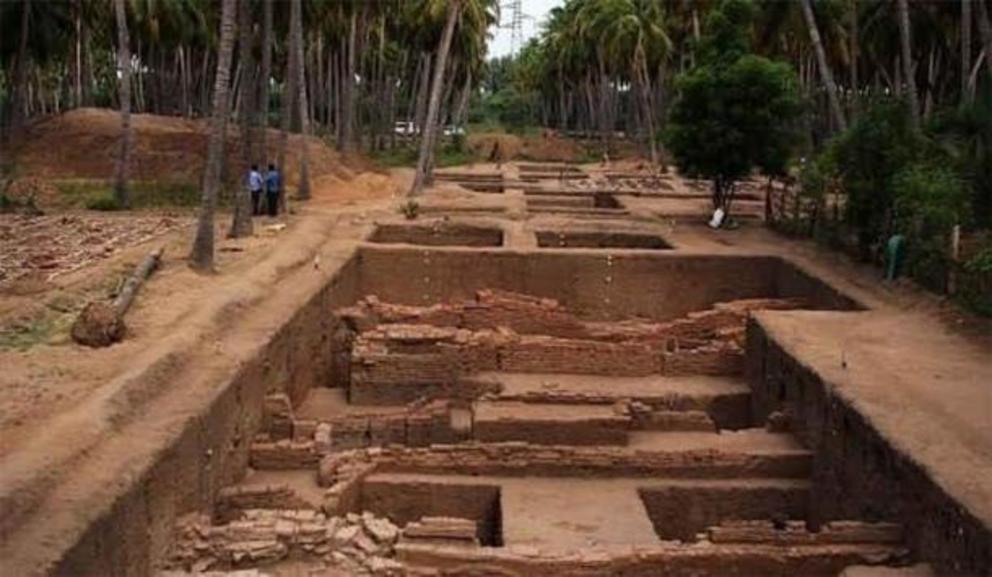 Experts, including some from the Vellore Institute of Technology (VIT) in Tamil Nadu, examined some potshards found at Keeladi. They have a unique black material coating them. To their amazement the researchers found some carbon nanotubes (CNT). These are tiny structures of atoms that have been manipulated and ordered on the coating. They had been added to the earthenware by a man-made process, probably to make it more durable. NDTV reports the scientists as saying that in the shards’ black coatings they had found the "the oldest nanostructures observed till now.” It is truly remarkable to find nanostructures at such an early date. Vijayanand Chandrasekaran, who took part in the study, is quoted by NDTV  as saying that “Until this discovery, to our knowledge, the most ancient known nanostructures in human-made artifacts are from the eighth or ninth century AD.”

M.M. Shaijumon from IISER Thiruvananthapuram, who did not take part in the study, told EDEX Live that “Carbon nanotubes have superlative properties, including high thermal and electrical conductivity, and very high mechanical strength.” The presence of CNT explains why the pottery was able to last over 2500 years in good condition. It is unlikely that the artisans who made the earthenware and applied the black coating were aware that they were adding CNTs. It appears that during the manufacture of the pottery high temperatures were applied to the ware and the nanotubes would have been formed by chance.

Mr. Chandrasekaran is quoted by EDEX Live as saying that a “‘vegetal fluid or extract" might have been used in the coatings of these pots which may have led to the formation of CNTs during high-temperature processing.’ In the past, artisans regularly added plant-sap to pots before placing them in fires in kilns. Once they saw that this resulted in durable and tough pottery, they would have continued to add the plant-sap and repeated the process. It is only since the 1990s that instruments have been able to detect these nanotubes. Professor Rajavelu S., of Alagappa University in Tamil Nadu, told EDEX Live “They likely knew the technique to make these coatings practically, but may not have known this as a thesis with any kinds of formulae.” It is possible that the plant-sap or vegetal fluid was added initially to achieve a color and it was noted that it made the products more durable.

Evidence for the accidental manufacture of nanotubes during the firing of pottery has been found in several ancient cultures. For example, in ancient Egypt, the famous blue ware was found to have these minuscule structures. The intentional creation of nanomaterials has only been possible in recent decades and is now very important in a range of sectors.

Southern India was very technologically advanced in ancient times. The researchers already knew that the ancient Tamil Civilization had mastered high-temperature manufacturing. Its artisans produced remarkable black and red pottery using high temperatures and some date back to the 6th century. Mr. Rajavelu told NDTV that this pottery does “not look like normal pots, these have glazed finishes, and are made of high-quality clay.”

Ancient India was a Technological Leader

This discovery and others found in Keeladi show that India was a leader in technology in the ancient past. It was known that Southern Indian cultures could produce excellent steel and were experts in metalworking. Now researchers know that they also could create CNTs - even if they were not fully aware of what they were doing and how they achieved it.

The discovery shows how advanced civilizations were in what is now Tamil Nadu in the 6th century. This evolved into the remarkable Tamil Civilization that made so many important contributions to India and also the Indianized kingdoms of South East Asia. These were kingdoms that were deeply impacted by Indian religions and culture. The discovery of the CNT is changing the history of science and technology and may even point the way to novel uses of nanomaterials in coatings of products.