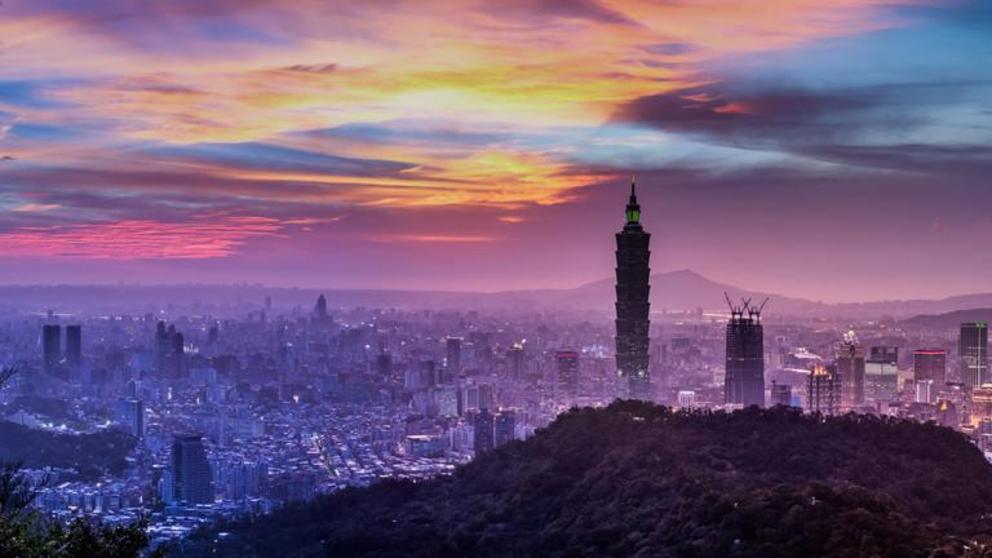 Hypocrisy at its finest: US wants to arm Taiwan while sounding alarm about China’s influence

The US is planning a $2.2 billion-dollar arms sale to Taiwan as part of its commitment to defend the island, yet continues to complain about China’s expanding involvement in South America and elsewhere.

It is becoming increasingly harder to keep up with the current enemy caught in Donald J. Trump's firing line. One week it's Venezuela (until Trump apparently became bored due to the lack of progress), then it's Iran, then it's – God forbid  – the United Kingdom, and as things come full circle we see a newfound emphasis on the multi-pronged threat posed by China.

Just this week, the Pentagon’s top official for South America, Adm. Craig Faller of the US Southern Command, was sounding the alarm on China at the Senate Armed Service Committee’s Emerging Threats subcommittee. According to Faller, China is increasing its efforts to move “inside our own neighbourhood seeking to displace the United States as the partner of choice and weaken the commitment of our partners to the rule of law and democracy.”

Just so we are clear – Iran, dominating the news cycle lately due to the so-called threat it has been posing to US interests – was allegedly pushed aside together with Russia, as China apparently dominated the entire discussion on “emerging threats.”

“Everywhere I go,” Faller said, “the chiefs of defense say the ‘Chinese have come, they’ve offered us free education, unlimited travel, opportunity to go to their schools.’”

Fortunately for the US, these partners have told Faller that they don’t want to replace the US with China but want to continue partnering with Washington instead. In a sign of what’s to come, Faller stated that what the South American region needed was the deployment of littoral combat ships, with plans for the navy to deploy one to the region this October.

And there we have it – American hypocrisy at its finest. The US State Department just approved a possible $2.2 billion arms sale to Taiwan of M1A2T Abrams tanks, Stinger missiles and other equipment, angering China’s foreign ministry who urged the US to walk the arms sale back. For those of you who don’t know, China views Taiwan as a breakaway renegade province that will ultimately come under China’s beck and call one day. As far as anyone should be concerned, the question that Taiwan poses to the international geopolitical chessboard could very well one day lead to a “World War III”scenario.

“Taiwan is an inseparable part of China’s territory and nobody should underestimate the Chinese government’s and people’s firm determination to defend the country’s sovereignty and territorial integrity and oppose foreign interference,” Chinese foreign ministry spokesman Geng Shuang recently said.

So it’s okay for the US to send its littoral combat ships to South America, to arm Taiwan with a specific view to provide it with the means of defending itself from China, but it’s pure imperial blasphemy if China was to entertain the idea of expanding its influence into the Latin American region?

As Bill Maher would say, “this was the Monroe Doctrine.” This is America’s backyard! As is the Strait of Hormuz, the South China Sea, outer space, and god knows where else.

This is of course not to make any assessments on Taiwan and the validity of its complaints against China. Hopefully, the point I’m making is fairly obvious to those who can pinpoint the hypocrisy in Washington’s approach to global affairs.

As was to be expected, Taiwanese President Tsai Ing-wen just arrived in the United States, further irking Beijing. That being said, the US State Department has affirmed that there has been no change in the US’ ‘one-China’ policy, in which the US will continue to recognise Beijing and not Taipei. However, it is one thing to say you believe something all the while taking actions which seem to suggest a completely different stance. Trump has already made it abundantly clear he is not a fan of the one-China policy, and just in May this year the US House of Representatives unanimously backed laws supporting Taiwan militarily.

Now, it transpires, the US is also worried that China is expanding its influence even closer to home than South America (not geographically closer to home, but you will see what I mean in a minute). According to the Atlantic, the US Defense Department is now concerned that China is investing too close for comfort in Israel, Washington’s steadfast ally.

“While we are not asking Israel to avoid dealing with China entirely, we have open discussions with all our closest allies and partners on the national security implications of Chinese investment,” said Michael Mulroy, the deputy assistant secretary of defense for the Middle East, in a written statement to the Atlantic.

According to Mulroy, China is seeking to erode US military advantages. Within the next few years, a Chinese state-owned company is expected to operate part of the Haifa port, which is frequently docked by the US Navy’s Sixth Fleet, near an Israeli naval base where nuclear submarines are reportedly stationed. The advancement of Chinese state-owned companies operating at ports follows a similar pattern throughout the Middle East, Pacific region and Africa.

While Chinese investment in Israel shouldn’t be cause for concern on the face of it – and as Mulroy notes, there is nothing inherently wrong with Chinese investments – as far as the US foreign policy establishment is concerned, there is a real fear that “China wants to own the road and wants to control the belt.”

Meanwhile, Philippines President Rodrigo Duterte has advanced his own style of international diplomacy, calling on the US Navy to enter the South China Sea to take on China – if that is indeed what the US wants to do.

“I have a proposal,” the president said, according to Business Insider. “If America wants China to leave, and I can't make them… I want the whole 7th Fleet of the armed forces of the United States of America there.”

“When they enter the South China Sea, I will enter,” he also added. “I will ride with the American who goes there first. Then I will tell the Americans, 'Okay, let's bomb everything.’”

While the line “let’s bomb everything” definitely sounds like an American motto of some sort, Duterte’s proposal is likely to fall on deaf ears.

Meanwhile, China announced on Friday that it will sanction Amerian companies that sell arms to Taiwan.

Darius Shahtahmasebi is a New Zealand-based legal and political analyst, currently specialising in immigration, refugee and humanitarian law. He is fully qualified as a lawyer in two separate international jurisdictions, as well as being the geopolitical and foreign policy analyst at The Anti-Media.

His work has appeared in Newsweek, the Foundation for Economic Education (FEE), the Strategic Culture Foundation, the Express Tribune, Truthout, Counterpunch, and the Ron Paul Institute for Peace and Prosperity, to name a few.